“In today’s political climate, it’s even more important to have good-hearted public servants who support common-sense policies. I still see public service as honorable and know that culture gets set by how you act. I know I have the right mindset and optimistic attitude to lead and do what’s right for Tennesseans.” – Caleb

Caleb Hemmer is a native Nashvillian with a history of service to our city and state. A graduate of Metro Schools, Caleb earned his bachelor’s degree in business administration from the University of Tennessee-Knoxville before returning home to Nashville to earn his M.B.A.

As a former aide to Governor Phil Bredesen and executive in the Tennessee Department of Economic and Community Development, Caleb learned firsthand how state government works and how to govern effectively. More recently, he has served for the past seven years as a commissioner on the Metro Board of Fair Commissioners and has led the redevelopment of the Nashville Fairgrounds, including a new expo center and the MLS Stadium where the Nashville Soccer Club will play in 2022.

After leaving state government in 2011, Caleb was a founding team member of the Silicon Ranch Corporation, a Nashville-based start-up focusing on utility-scale solar development. For the last decade, he has been an executive in Nashville’s innovative healthcare industry, working in various management roles focusing on improving the healthcare system. Caleb works in Corporate Development at American Health Partners to bring high-quality affordable healthcare to the most vulnerable senior-citizens that live in post-acute care facilities.

With his lengthy service record of community involvement and volunteering to improve Nashville, Caleb plans on building on this to better serve the community and constituents in the 59th district.

During his free time, Caleb enjoys being an avid outdoorsman, reading and playing with his children. He and his wife, Lori, reside in south Nashville in the City of Forest Hills with their two young children. 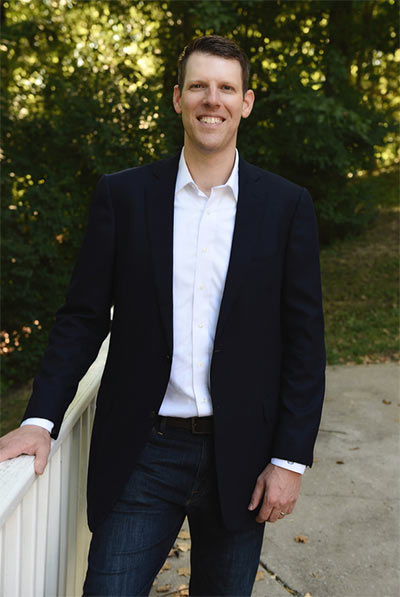